Studio Oxmox is based in Australia. We have been sculpting promotional statues for mass production since 1998.
One of our first works was a life-size statue of Lara Croft for Tomb Raider in 1998 for video game publisher Eidos. The statue, a life-size prototype, has been produced in serial production and was a huge success.
The creation of scale size figures for serial production followed and since then we have created life-size statues and figures for well-known pop culture characters like DC's Batman, Superman or Wonder Woman and Marvel's Spiderman, The Avengers Hulk, Captain America, Iron Man, Guardians of the Galaxy and many more movie, video game and TV show characters. These life-size prototypes have all been used as masters for serial production by the licensees and are for sale worldwide. So far we sculpted several versions of HULK, Marc's favorite.
Some statues created for highly limited memorabilia, such as our life-size Star Wars Darth Maul statue, which includes an original signature by George Lucas. The statues from production became a competition prize with only 15 exemplars worldwide.
Our tallest statue to date was a one-off exhibition display, a soldier for the video game Unreal with a whopping height of 5 metres! 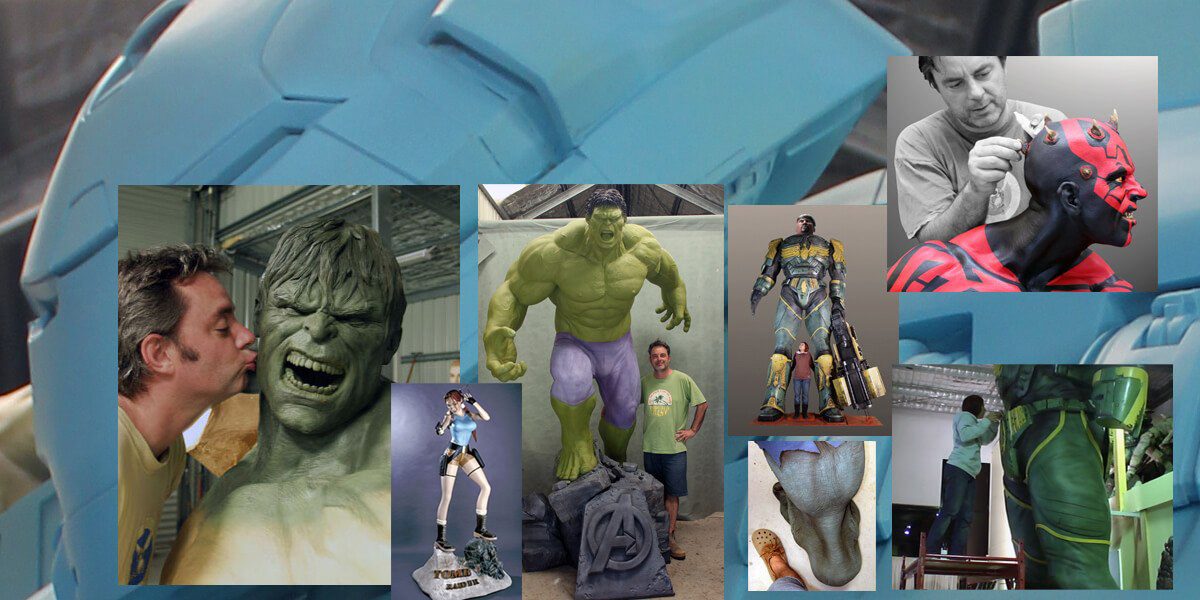 Over the years, that we worked with licensors and licensees in the entertainment industry, we have designed countless concept layouts, created numerous life-size statues, collector's figures and prototypes for promotional items, either for serial production, for limited editions or for exhibitions. We went through a large number of successful approval processes and gained the necessary knowledge of how to sculpt your product or character for serial production, your special event or for an office display. 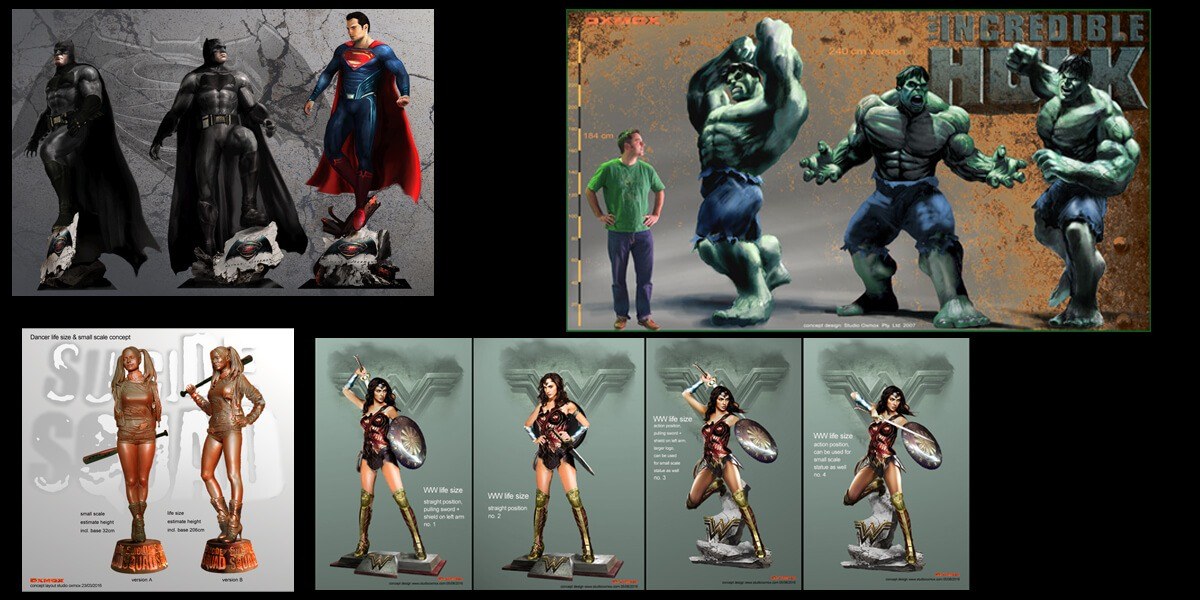 Exhibition statues, like our life-size Avengers Hulkbuster, The Hulk and Guardians of the Galaxy's Groot and Rocket statues, have been displayed during MARVEL'S CREATING THE CINEMATIC UNIVERSE exhibition at QAGOMA, Queensland Art Gallery, Gallery of Modern Art in Brisbane, QLD. It has been Australia's largest Marvel exhibition so far. The Hulkbuster statue, with a whooping 340 cm in height, attracted most selfies taken during the event. 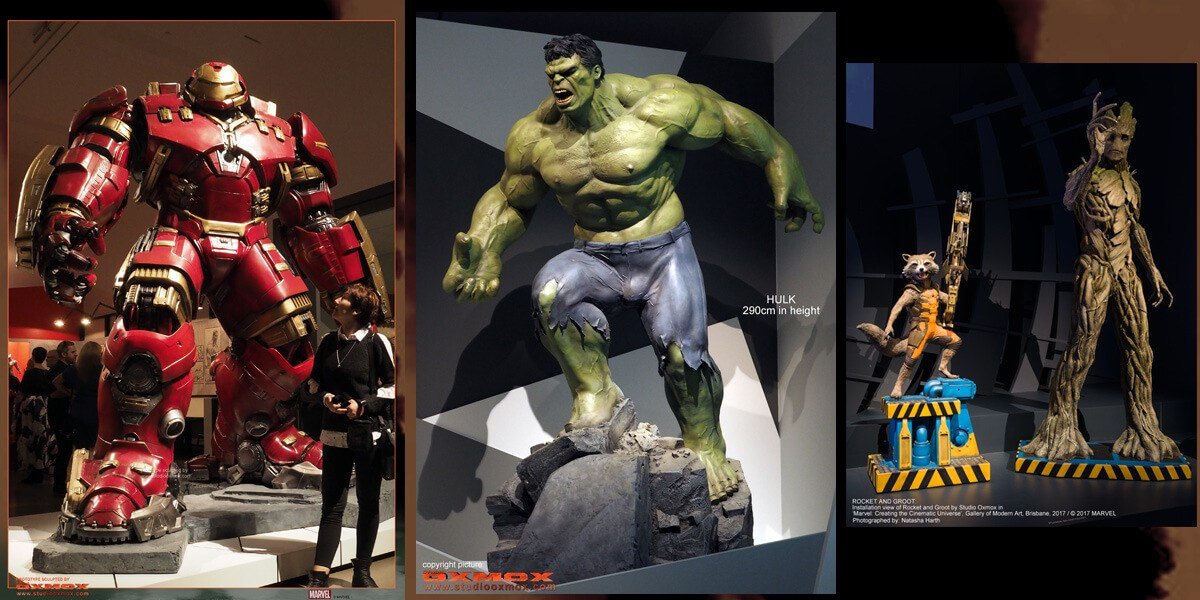 We also created one of a kind models for example for the release of a video game or a special event, like a Square Enixís life-size Chocobo from Final Fantasy as well as a life-size Warframe statue, which was completely 3D printed and used as a display for the TV show King of the Nerds or a life-size Dracula sitting in a throne for Konami’s Castlevania: Lords of Shadow for a limited edition. 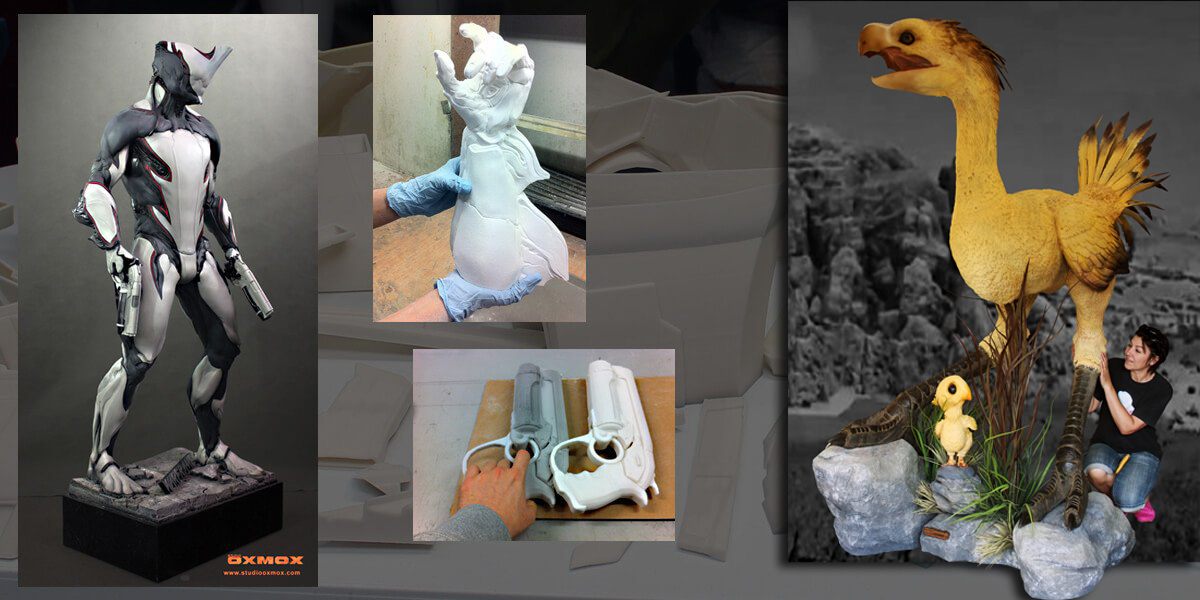 Studio Oxmox also offers its own line of life-size and scale-size dinosaurs, like our life-size T-Rex head display or our Deinonychus dinosaurs, which are highly detailed and on display in museums, parks and with private collectors.
Some of the officially licensed statues and dinosaurs from production are for sale. Those replicas have been produced by the official licensees and are for sale to customers worldwide. 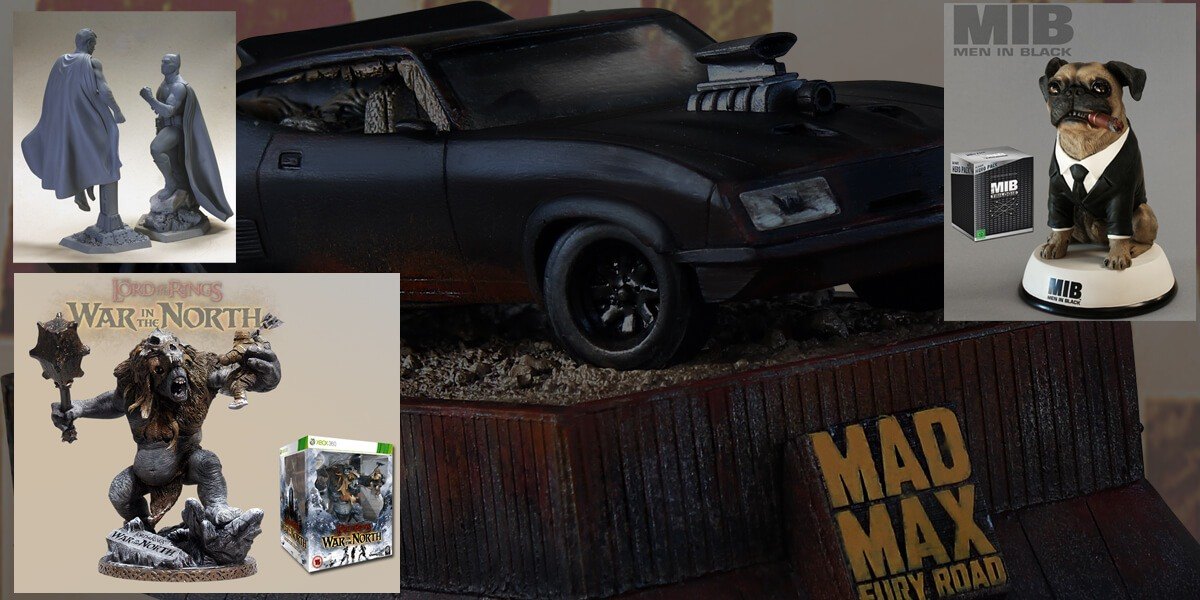